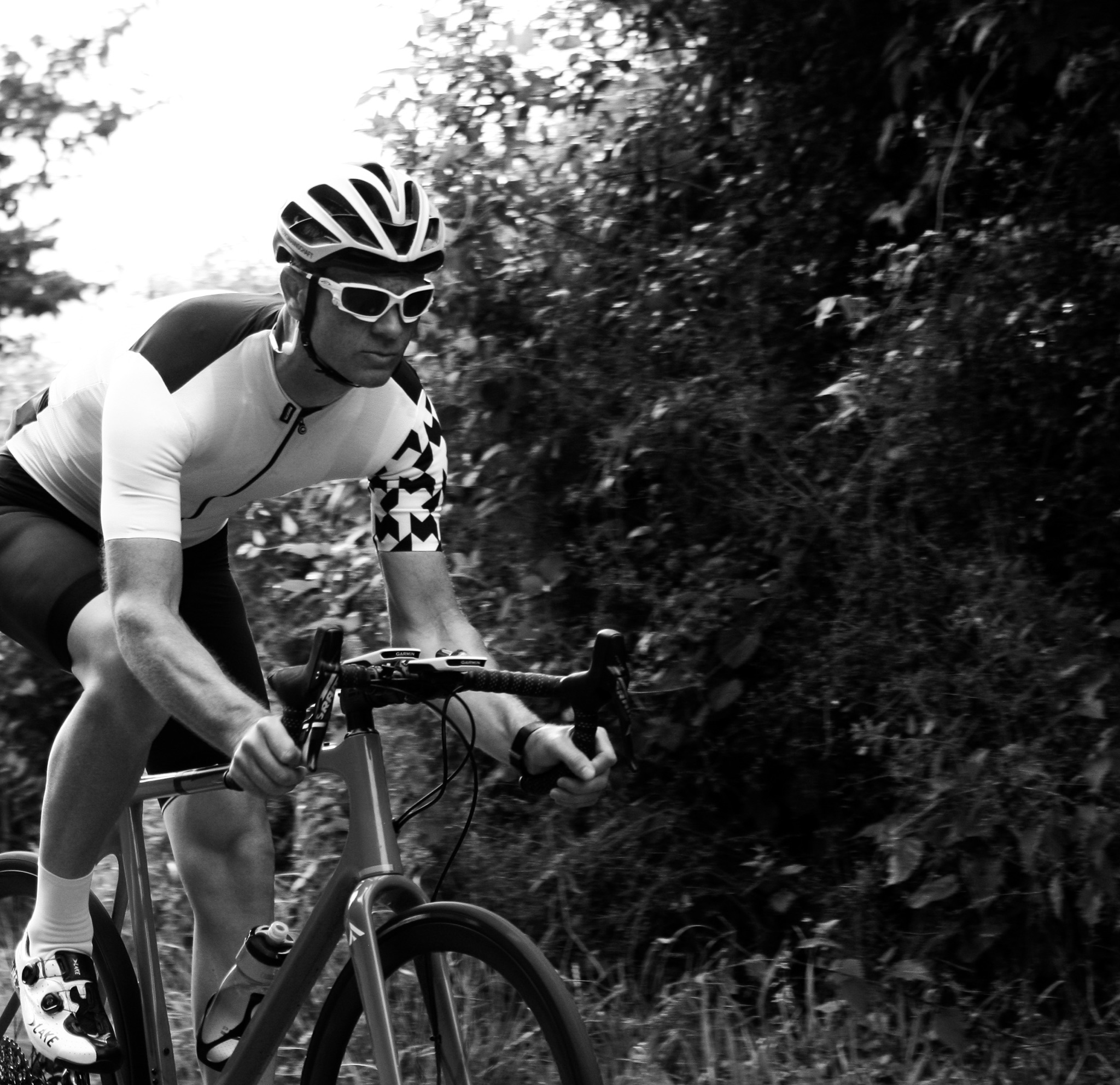 Of all my Everestings to date, this story is the most involved and the longest (in duration, if not words), yet for now, it’s still incomplete. It’s just possible that I’ve bitten off more than I can chew.

In late autumn 2018, with five successive Everestings completed, I (foolishly?) pondered trying something harder. Twice as hard in fact: a Double Everesting. To qualify for a double, I’d simply need to record 17,696m (58,058ft) of ascent in a single ride, either on one climb, or two adjacent climbs i.e. that shared the same summit – like this: ʌ

A handful of people had completed this worldwide (in fact, a Triple Everesting is also a thing!!!), but no one had done a Double in the UK and I was definitely enticed by this additional carrot.

Besides the option to complete two different climbs, there was only one other rule (in addition to all the existing single Everesting rules): two hours of cumulative sleep was allowed, the idea being to avoid critical tiredness and an accident. Given a Double Everesting is likely to involve a 48 hour effort, this didn’t seem particularly generous! I Googled ‘sleep strategies for ultra-endurance sports’ and started reading…

The other area that needed attention was nutrition and hydration. Having finished three of my previous Everestings feeling nauseous (and therefore less inclined to eat), I knew I had to find a better fuelling formula if I was to have any chance of success. I researched the topic at length and also engaged first one and then an alternative, sports nutritionist.

By mid-June 2019, I felt ready. I pulled the plug on my first attempt just the evening before, feeling like I had a slight virus (a good call – it turned out that I had a mild cold for a few days afterwards). At the end of June, I tried again and reached 7,000m pretty easily, riding alternate laps on two steep hills that shared the same summit. But then suddenly, after around 14 hours, I felt the familiar signs of nausea. With the night closing in, my mind, usually one of my key assets, instantly capitulated: I had another 10,000m+ to go and I was nowhere near completion on either hill, so ‘salvaging’ a single Everesting wasn’t even an option. I packed up and drove home with my tail between my legs. 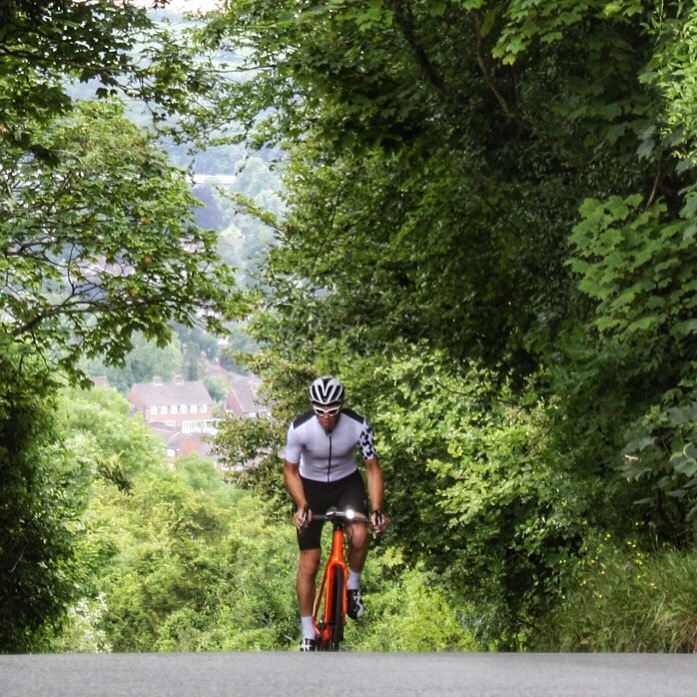 Over the following days, my son Tom (a skilled researcher of all things cycling related and a far more talented rider than me: https://www.strava.com/athletes/8583889?oq=tom%20tow ) analysed my fuelling in great detail and declared that my symptoms were almost certainly the early signs of hyponatremia: where your sodium levels fall below an acceptable level, with all sorts of serious consequences: nausea, vomiting, diarrhoea, fits and coma. For ultra-endurance athletes, this is a particularly tricky thing to avoid – you’re both losing salt, at the same time as taking on lots of fluids, meaning that your sodium levels can become dangerously diluted, very easily.

Tom designed a new fuelling plan and I determined to try it out on a single Everesting, asap and pending the results of that, try the Double again, as soon as a suitable time and weather window presented itself.

And so, on a Thursday evening in early August, I found myself driving through a thunder storm in the remote mountains of west Wales. The thunder storm wasn’t forecast and I was worried that my drive might be a complete waste of time: my target climb was entirely gravel and in the wet, it would have been grim!

I parked up on the track, deep in a Welsh forest, somewhere around midnight, crawled into the back of the car and went to sleep.

I rolled out around 5.30am, as soon as there was enough light to see by. I’d only ridden this track once before, back in 2017 and had fallen instantly in love. First it was in a beautiful place, rising from the ruins of an 11th Century Cistercian abbey to a mountain top, 3km away. Second, the track actually had a name: Strata Florida – Latin for ‘Vale of Flowers’, which I thought was pretty cool as names for gravel tracks go! Third, it was good, smooth gravel and very constantly graded – pretty much 7%, all the way, meaning I could really settle into a rhythm. Finally, I just love gravel and this part of Wales, so I was motivated to spend 24 hours there.

I completed the first Everesting of Strata Florida in 21.5hrs, which I was pretty pleased with, given it was on gravel (and inevitably slower than asphalt therefore). I’d still felt slightly nauseous in the last few hours, but also had an inkling that if I’d taken a proper break, it would have gone away, so I decided the experiment had been largely successful and started planning my rematch with the Double.

Then, in mid-August, a headline flashed up in my social media feed: “The UK’s First Double Everesting.”

Damn. I’d worried about that for a while – if I was trying it, others would be too. In reality, there were just a handful of people in the UK in the summer of 2019 likely to attempt the Double and Alex Hill was one of those. He even sent me a note afterwards apologising – top man! I asked myself if I remained committed – as Tom explained to my wife “someone’s just chopped the top off Dad’s carrot” – but I pretty quickly reached the conclusion that I still was.

I was already tied up through the rest of August and early September, but late September or early October looked like a genuine window.

But as the old Jewish saying goes “Man plans and God laughs.” At 4.19pm on Wednesday 18th September, Tom was hit by a car whilst out on a training ride, close to home. He was airlifted to hospital with “life threatening injuries” and the coming weeks disappeared in a blur of panic, time in hospital, aiding his recovery and meetings with medical specialists. With a twist of unfathomable irony, Tom even developed severe hyponatremia as a result of his injuries. He fought it off, but his medical team looked startled when they realised we actually knew what they were talking about!

And with another twist, I inadvertently got to practice micro sleep strategies. I’d nip home during the day, sometimes to grab a couple of hours sleep, before returning to hospital. I spent the nights on the floor beside his bed, until he was able to move without help. Without intending to, I experimented with micro sleeps – anything from a few minutes, up to about four hours. What I discovered was that waking up from 45 to 60 minutes sleep felt great, but getting going again after anything longer felt truly awful.

Remarkably and in spite of injuries which included a broken neck and a broken pelvis, Tom climbed gently onto his Wattbike just 11 days after the accident and slowly started his rehabilitation. As inspiring stories go, this was truly extraordinary and of course, the gentle exercise aided the speed of his recovery.

Sat in Tom’s hospital room, I’d been watching the weather out of the window. It started to rain just a couple of days after his crash and continued for 31 days straight. So even if fate hadn’t played such a cruel hand, an attempt on the Double would have been out of the question anyway. Before I knew it, we were into November and I reluctantly conceded that ‘Project 17,696’ had been deferred to spring 2020.

So, I have reset. One major change is that I’ve switched hills: my new target is a super consistent (10% average) climb in a beautiful setting on Exmoor. There’s an extended version of the climb that I intend to Everest first (which will be a new Everesting), after which I’ll switch to the shorter version (which has been Everested before). This makes for easier base camp logistics and more chance to get into a rhythm. It also means I can hopefully still salvage a single Everesting, if something goes wrong with the Double attempt.

Stay tuned for updates. From a bike perspective, this has become my all-consuming focus, as well as my potential nemesis.

Background notes and details of my first Double attempt can be found below:

The idea behind Everesting couldn’t be simpler: cycle up and down a hill, repeatedly, until you’ve tallied 8,848m of cumulative ascent – the height of Mount Everest. The reality is a c.20 – 24 hour endurance battle that pushes you towards your physical and mental limits. Succeed, and you become a member of the elite HELLS 500 club – a global affiliation of cyclists who have Everested.

You can Everest any hill or mountain in the world by logging 8,848m of ascent on the same route in a single stint. Breaks are allowed but sleep isn’t. Typical attempts take around 20 – 24 hours, so it’s a significant test of both physical endurance and mental resolve.  If you succeed, you upload your GPS data onto everesting.cc. Once it’s been vetted and approved, you gain a place in the Everesting Hall of Fame and receive a highly coveted HELLS 500 grey stripe jersey to prove it.

For your climb to count, you need to follow the official rules:

What is a Double Everesting?

To qualify for a double, you need to record 17,696m (58,058ft) of ascent in a single ride. No one has yet done this in the UK (and only a handful of people have done this worldwide).

There are two additional rules:

I planned to take two 45 minute ‘micro-sleeps’ during the second Everesting, with 30 minutes held in reserve if needed.

I gave myself just a 50% chance of success, despite feeling well prepared – this proved to be a fair guess! This is undoubtedly the hardest non-multi stage ride that I’ve attempted, by some margin. 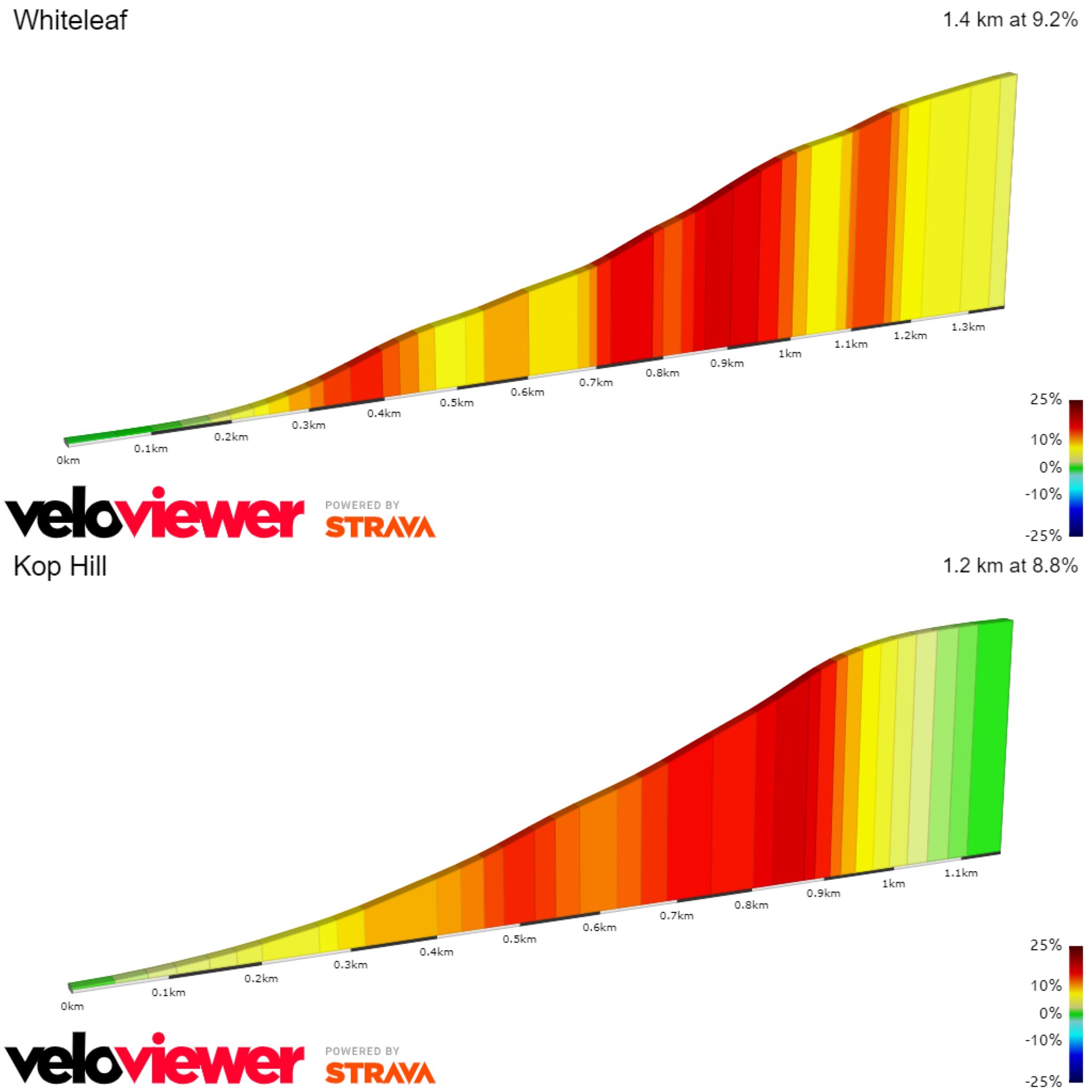 That’s a question I’ve asked myself repeatedly! Having Everested five times (now six – see above), already (including on Whiteleaf Hill in 2016), I’m drawn to the questions ‘What if I just kept going? What am I capable of?’

I also intend to use the ride to raise funds for my late sister’s charity, the Lucy Monro Memorial Trust. Lucy died in an accident in 2015, whilst riding in a cycling event in Dubai. In life, she had consistently championed and supported three charitable themes: child support and education, disaster relief and animal welfare, worldwide.

In the wake of her passing, we – her family and close friends – established the Lucy Monro Memorial Trust to continue these efforts in Lucy’s name. Four years on, these are some examples of things that the Trust has done:

I, my wife Jenny and Lucy’s partner Allan are the Trustees of LMMT and together we absorb all of the charity’s costs. Her Dubai based cycling team (Team LMT) ride on in her name and contribute funds every year. ALL funds raised go entirely to the charities we choose to support and we due-diligence those charities thoroughly. In particular, we support causes and appeals where the outcome is immediate and very tangible.

I’m asking people to sponsor me per metre climbed and in so doing, assist with my mental resolve when the ride turns grim!

The beauty of an Everesting is that you can pick any date you like. I had earmarked a number of ‘windows’ in June and July, when daylight hours were at their longest, but in reality I can try on any day (s) of the year.

I usually take the first date that presents a reasonable weather window: dry, ideally not too hot and without a headwind.

If you have any queries, please contact me: sirguylitespeed@gmail.com

Thank you for reading this and for any support you feel able to offer.