A Short Story About Buster & TREK 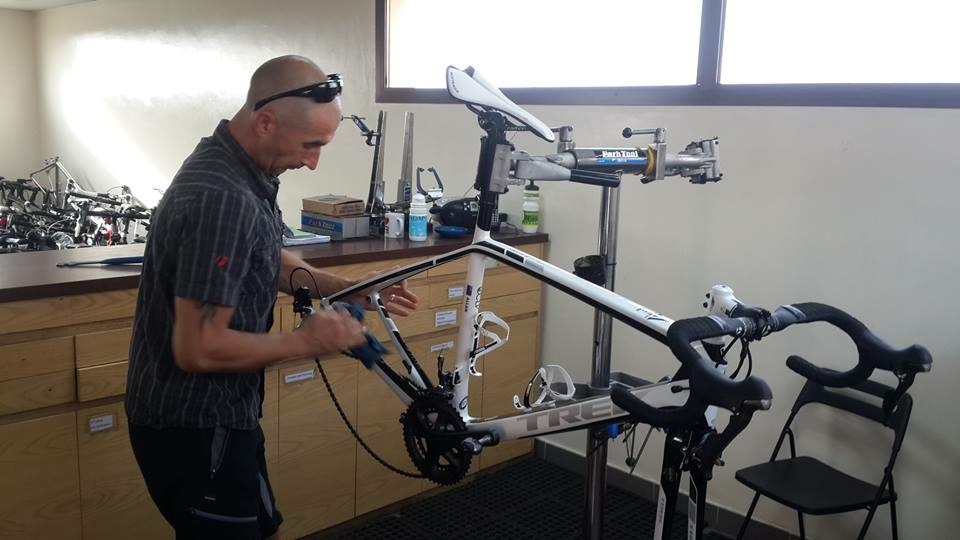 Quite simply, my sister Lucy LOVED her bike.

She had a habit of giving everything a nickname, including me (I became ‘Brother Ben’ and most of her friends never even knew that wasn’t actually my name)! She called her bike Buster and he was, without doubt, her pride and joy.

Buster lived on a stand in the lounge (as all ‘best bikes’ should), next to Allan’s BMC, until the awful events of February…

A few months later, Allan was talking to Lee Stockman of TREK UAE and a plan was conceived to build a replica of Lucy’s bike and to refill that empty stand. They wondered about the possibility of customising the bike and adding Lucy’s name and logos to it? And what if it could be ready in time for Allan to ride on Lucy’s Rapha Cent Cols Challenge in October 2015? Wow, wouldn’t that be something.

TREK USA embraced the idea and in collaboration with Lee and Allan, they set about creating an exact replica of Buster – Allan and Lucy rode the same frame size. There was a problem though: some of the colours used on Lucy’s 2014 bike were no longer available. “No problem” said Brian DeZiel of TREK USA, “we have the facility to complete one off paint schemes in Wisconsin and our creative lab will get working on it straight away.”

Allan added Lucy’s name and the Union Jack. He also added her elephant, designed following her victory in the 2014 World Elephant Polo Championships. The rainbow colours were her nod towards cycling’s own World Championships. And he added his own personal message to himself on the top tube: “Lucy’s Cent Cols: All or Nothing.” Brian and his team delivered on every single request. 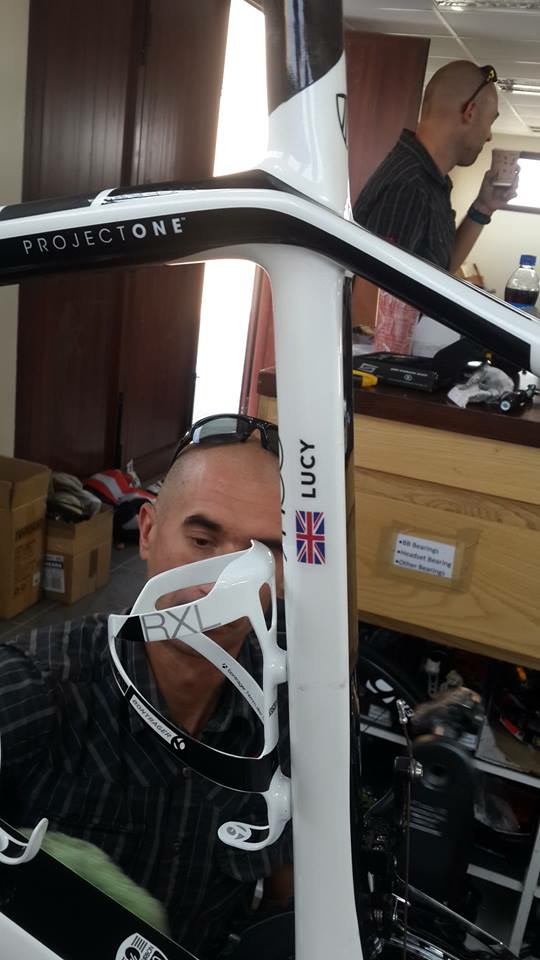 Fast forward a few more months and Lee took delivery of the frame and set about recreating Buster, part by part. 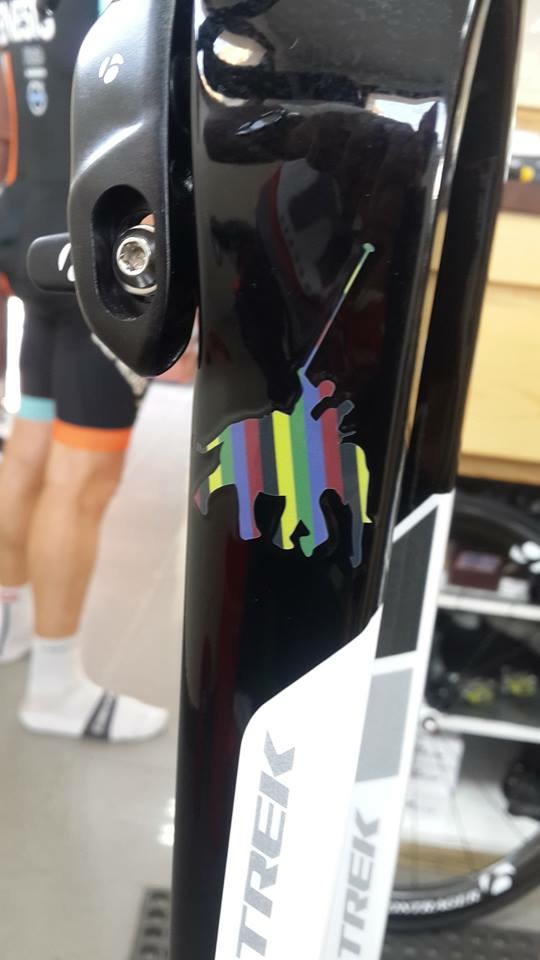 Now there are two bikes in the lounge again and the second is every bit as special to Allan as the first was to Lucy.

A huge thank you to Lee, Brian and everyone else at TREK who worked on this project: it’s quite simply an amazing thing that you’ve done, on lots of different levels. 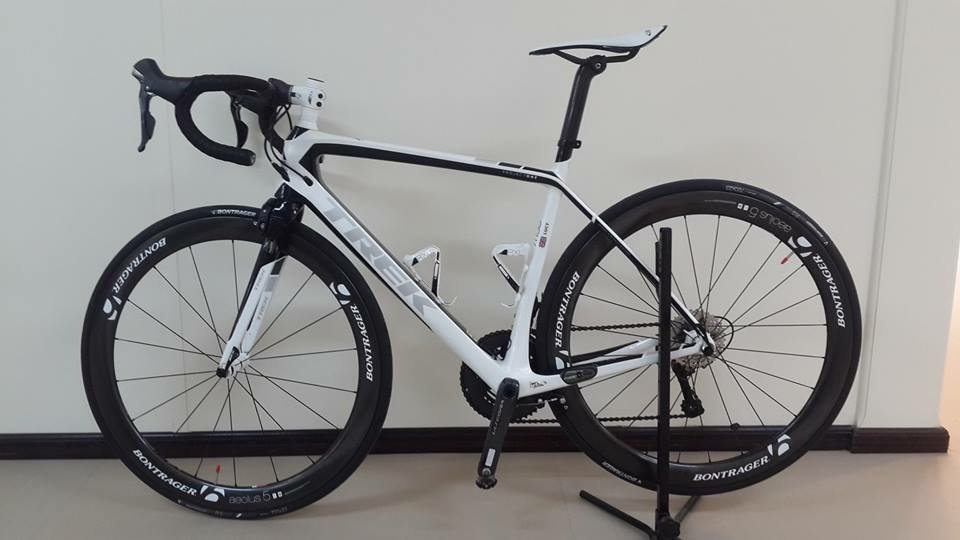 The finished article. Amazing. Thank you Lee, Brian and all involved at TREK.