Lucy died on Friday 13th February in a tragic accident, whilst riding the Dubai Roadster’s Coast to Coast Challenge. She founded Team SWR (named after Stuff Worth Reading, one of the magazine’s that she published), in late 2013 and was our beautiful, inspiring, passionate, committed and talented leader. She was ‘The Boss’; our ‘mother hen’ and we were ‘her boys’.

Lucy grew up in the UK, moved to Bahrain in 1993 and then Dubai in 1995, which soon became her home. Her childhood love for animals gave rise to a long term career in the equestrian world and she published Spirits of the Sands, a portrait of the Arabian horse in its homeland in 2003, following which she co-founded Equestrio magazine, where she worked for the last ten years as Editor and Publisher. 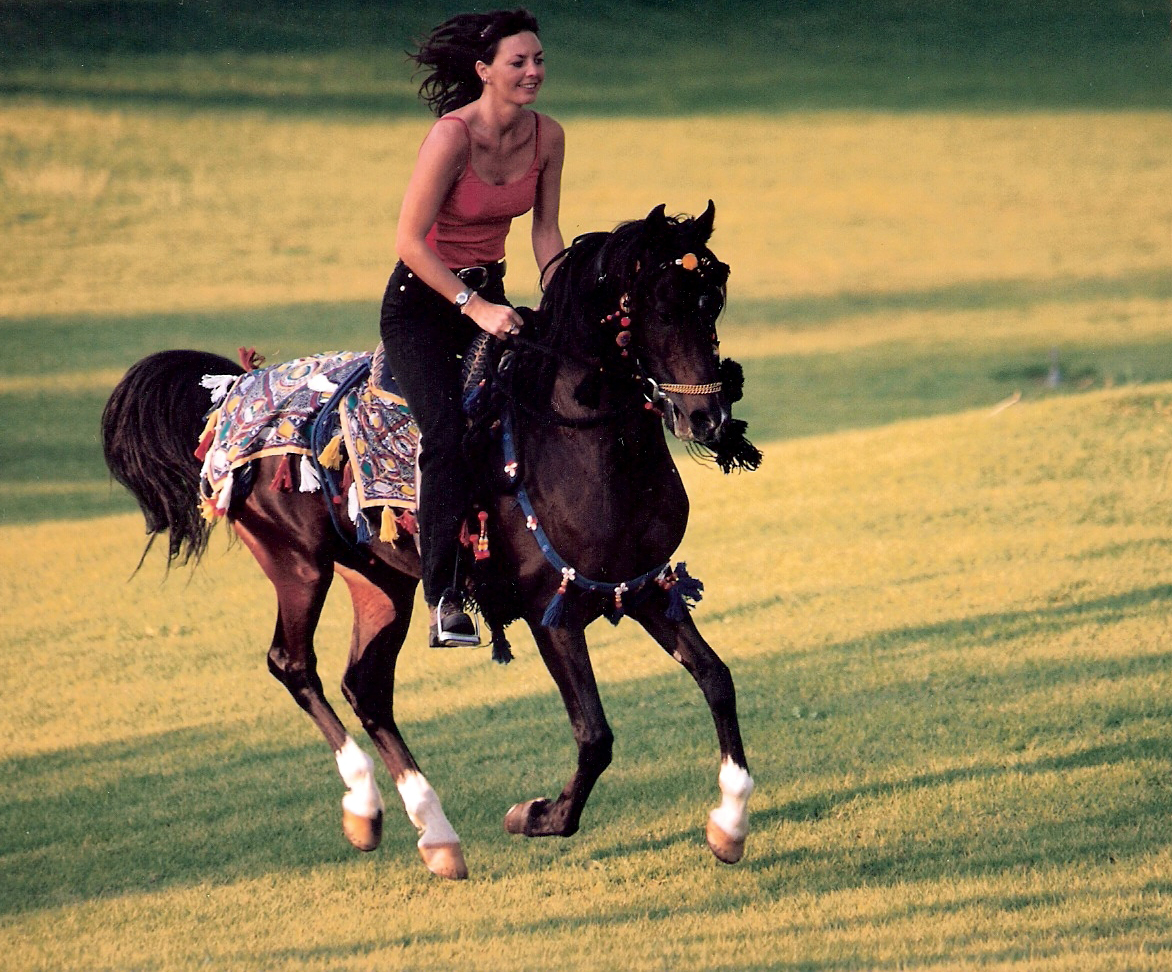 One of Lucy’s strongest traits was compassion. So many people have told me stories of how she helped them, dropping whatever she was doing to sort out their problems and this extended to extraordinary humanitarian efforts in the aftermath of the Pakistan earthquake in 2005 and also her work with The Citizens Foundation to help build schools there. All of her pets have been rescue cases and she even saved a turtle one day on Dibba Beach! The turtle, aptly named Dibba, was nursed back to health and released into the ocean, complete with a radio transmitter. Some 8,000km later, Dibba was tracked to the coast of Thailand!

Along with horses, elephants became an enduring passion for Lucy. The World Elephant Polo Association (WEPA) came about largely to help draw awareness and funding to the plight of elephants and their mahout families in Nepal and Thailand. Lucy was covering the annual WEPA World Championships one year when they were suddenly a player down. She put down her camera, climbed aboard and never looked back. Late in 2014, her team, the Tigresses, won the world championships and she earned her rainbow colours. She was so happy and so proud. 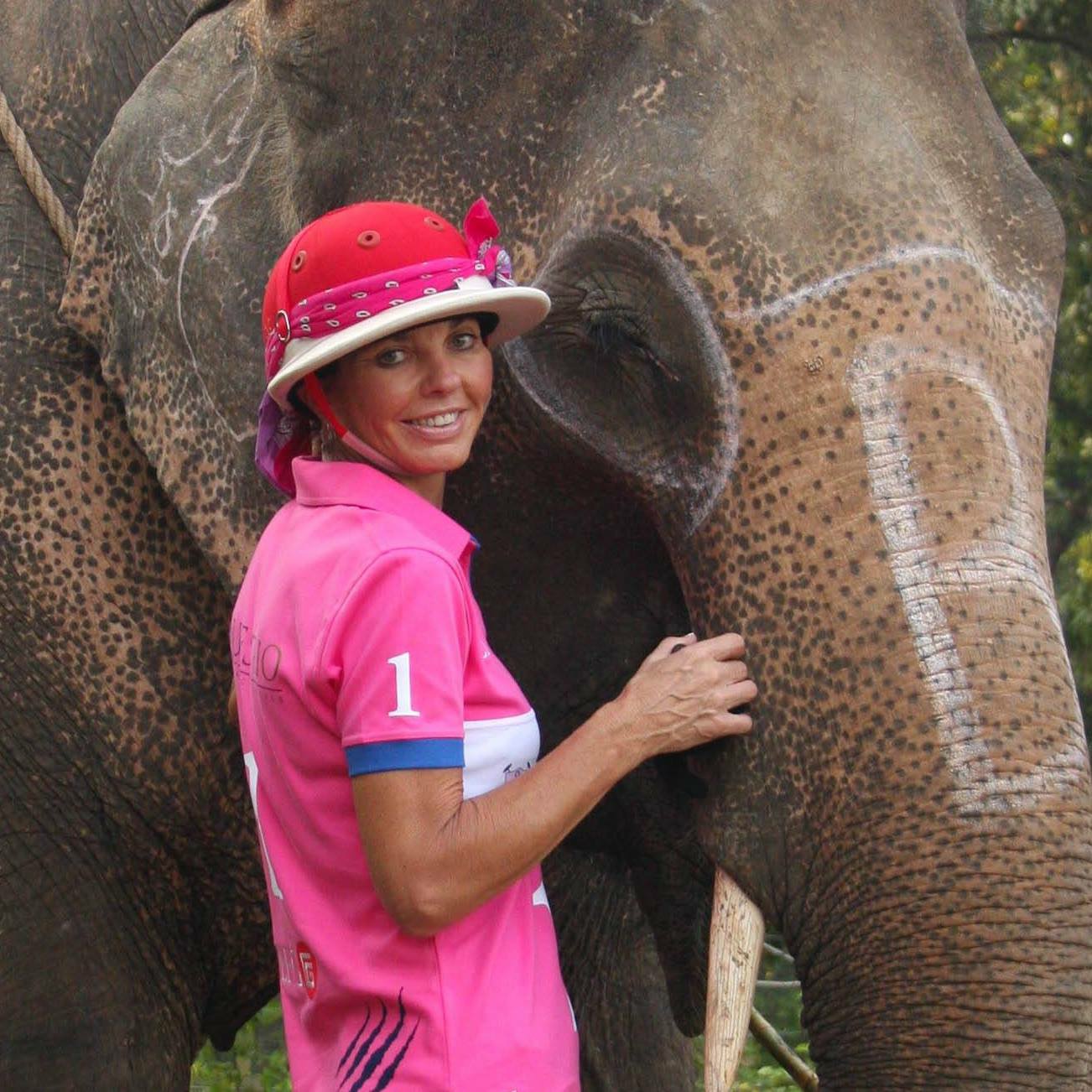 She came late to cycling, only buying her first road bike in the summer of 2013, but she approached her new found passion in the same way that she approached life – full speed ahead, with complete commitment, enthusiasm and a broad smile. It was possibly her perfect sport, allowing her to combine her natural physical talent with her love of mountains, photography and writing. Team SWR rapidly developed from it’s UAE based core, into an international team, with riders in the UK and Switzerland and a brilliant group of committed sponsors including Rakbank, propertyfinder, Silverback, Mulebar, Gu, Parmigiani, Aqualyte, 2XU and Dubai Physiotherapy Clinic.

Lucy’s palmares was quite remarkable: less than six months after her first bike purchase, she and Team SWR rode the Spinney’s 92 in Dubai, followed just three months later by the Dubai Coast to Coast Challenge, a 220km ride. The vast majority of cyclists never break the 200km barrier, so to do this in her first year was quite simply audacious and amazing. She went on to enter two successive Liwa rides in the Empty Quarter, placing 8th in her category just a few weeks ago, as well as completing a further Coast to Coast Challenge late last year. She was training hard and had entered Dubai’s inaugural UCI Gran Fondo and had trips planned to the Swiss Alps and the Italian Dolomites in July. 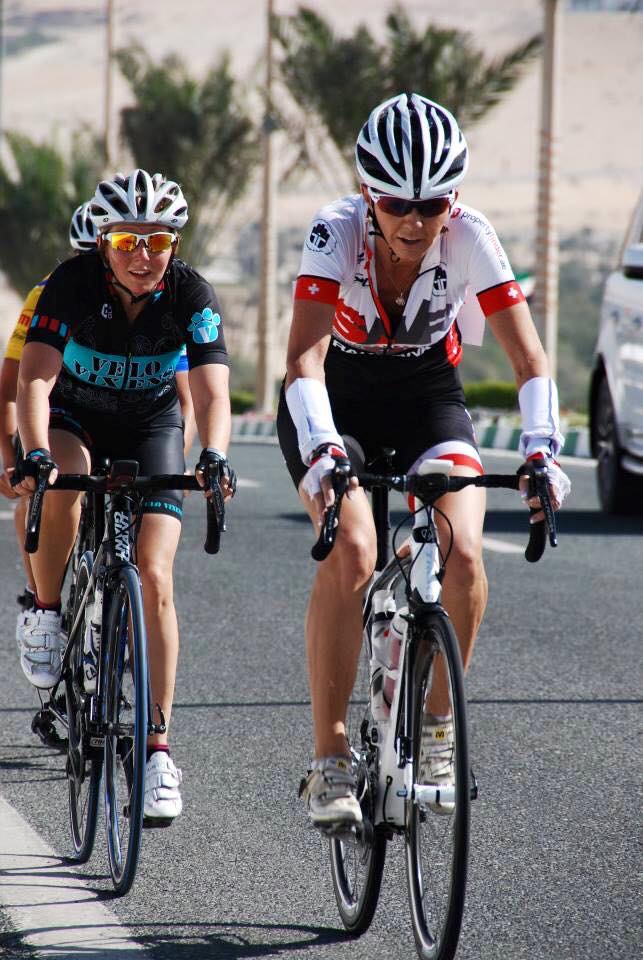 Lucy died doing something that she loved, surrounded by her Team. She leaves a great big empty hole in so many lives, but we also have a multitude of wonderful memories of our time with her. We will all remember how she encouraged, helped and supported us and we will forevermore ride in her honour. Wherever you are now Lucy, may the sun shine and the wind always be on your back.

Guy Townsend, Allan Greenfield and All of Team SWR: March 2015.