Phil Deeker says: “The second half of this Ardechoise extravaganza. The mighty Col de Meyrand climb might steal centre-stage, but this is another bumpy ride the whole way round. Wild riding at its best! The wooded back lanes take second place to the Big Country here: outstanding views, some wider roads and still very little flat anywhere!”

Fully committed – that’s where Team LMT is right now: each and every rider has now accepted the trials and tribulations of Lucy’s Cent Cols and rather than giving in, they’ve committed to it. Everyone completed today’s stage – all 11 riders: the first time we’ve achieved that. At this point in the event, that’s no mean feat! For the first three or four days, bodies were in shock and some minds couldn’t perceive each stage as possible. But the collective journey of a Cent Cols – not just the logistical and geographical aspects, but also the physical and mental challenges of getting from A to B – has now sunk in and everyone has committed to reaching the end of Stage Ten, even if there are another 20 cols still to climb. We came here as a team and we are still a team. 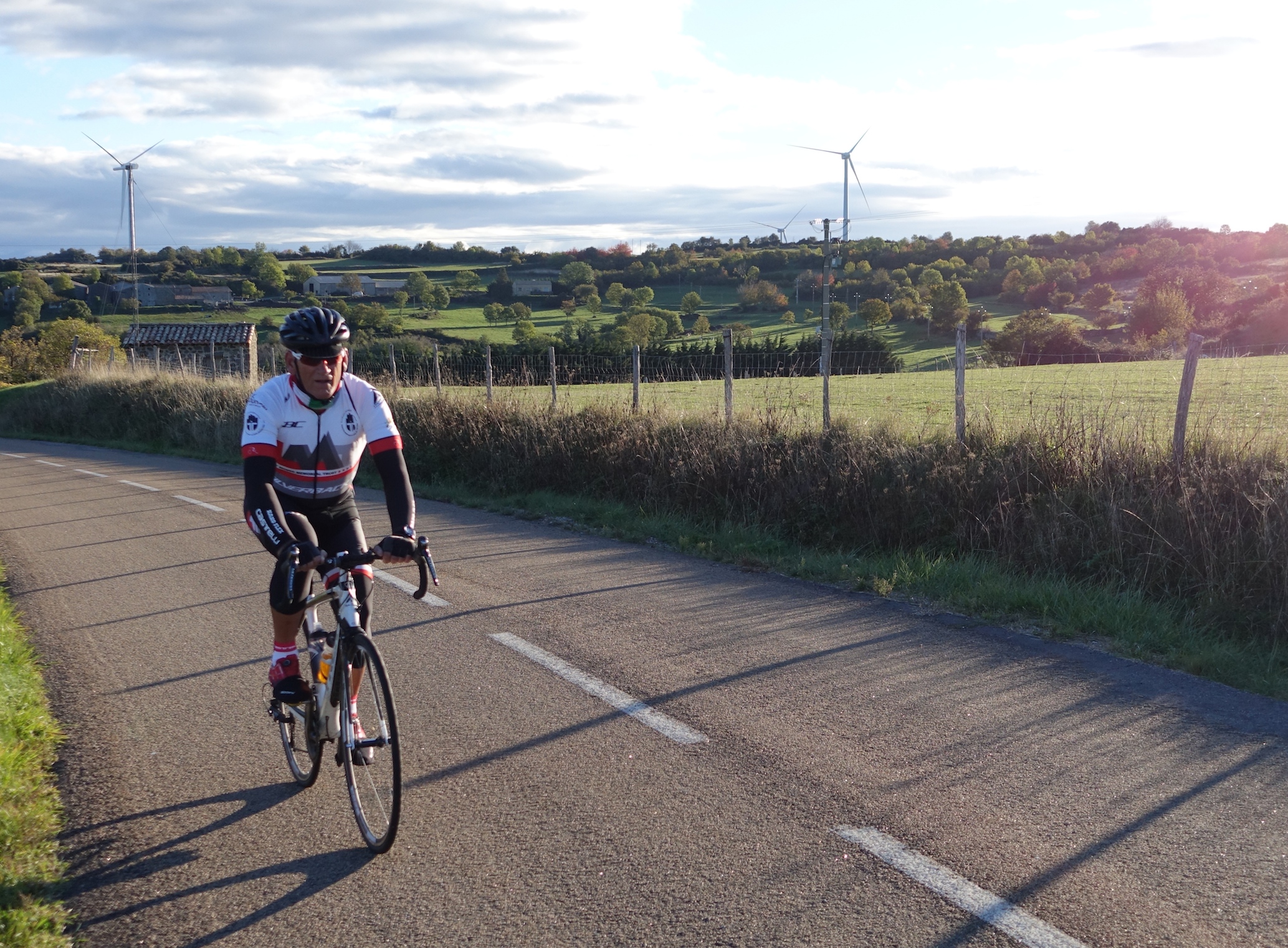 Allan Greenfield – the first col of the day.

Today, we climbed 14 cols. The first, at 7.30 am in the pre-dawn, was 10km long and the ninth was 20km. The light, the scenery and the riding was truly spectacular. On a personal front, I had good legs today – my swelling seems to have finally gone and I could ride properly and hold good power for sustained periods. It was a happy day. I think my body has finally accepted it might as well perform, rather than cower in the corner! 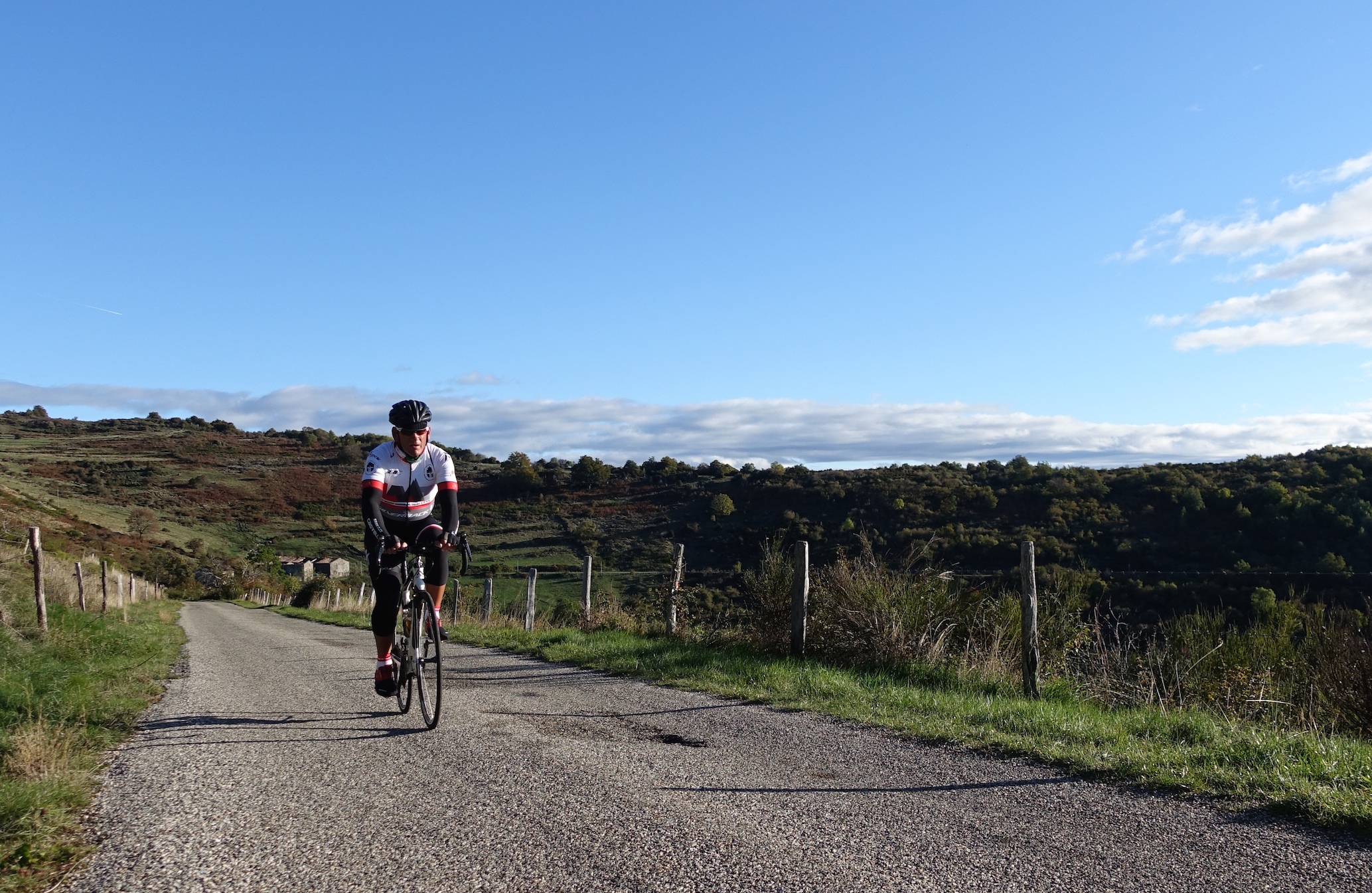 Allan again – the second col of the day!

We were also joined today by pro-photographer Paul Davy, who is with us for the final three stages, courtesy of two of our sponsors, Bounce and Rapha. Paul’s job is to capture the essence of Lucy’s Cent Cols – no easy task, but he set to work with boundless enthusiasm and has fitted into our tight knit Cent Cols group straight away – welcome Paul and thank you for everything you are doing. When, in weeks and years to come, this is all just a distant memory, your images will bring it back to life for us. You can see Paul’s work at @cycletogs on instagram and Paul Davy on Facebook.