Phil Deeker says: “The first of the two stages that make up the ‘top’ of this route : here we begin on the high plateau of the barren volcanic landscape and then cross the Livradois-Forez Park, a beautiful region with gentle wooded valleys. Some short, steep climbs appear from time to time to interrupt the rural tranquility. The stage ends in a tiny village where our hotel is an old monastery.”

Well that was a VERY long day. We rolled out of one hotel at 6.31am and rolled into our next hotel around 8.00pm! Phil Deeker would probably describe the day as ‘choppy’! We’d describe it as up and down ALL DAY.

It was freezing cold until about 10.00am – we even spotted snow in a ditch at one stage! Then it warmed up for a while, before the rain arrived, for the final four hours or so! Suffice to say, we had some very wet, cold riders by the end and most finished in the dark! 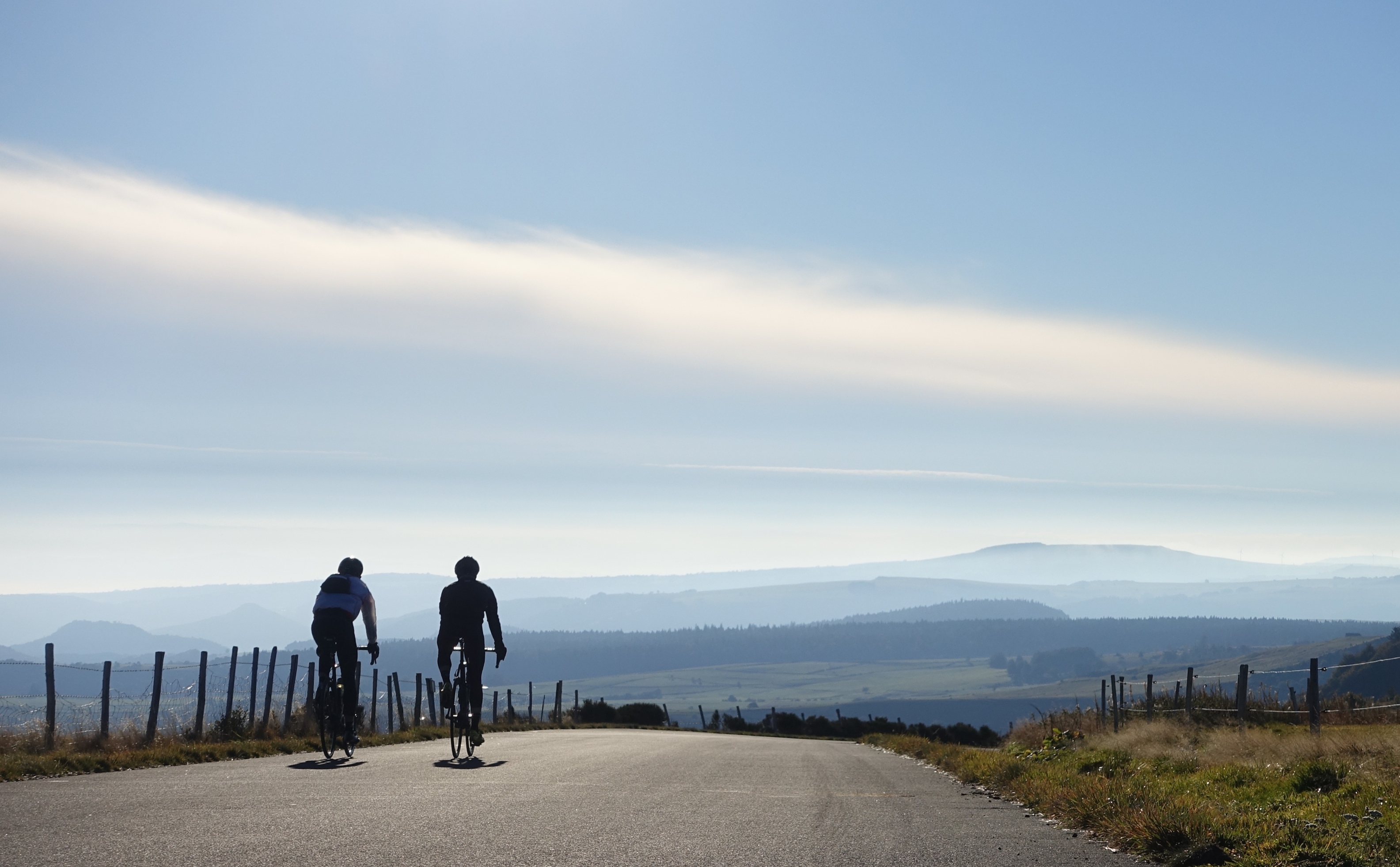 All in all, it was a huge day (even longer and with more climbing than we’d been led to expect)! Suffice to say this ride is proving extremely difficult and we have various ‘walking wounded’ and almost everyone is nursing niggles and pains (as evidenced by the impromptu stretching on the floor of the dining room tonight)!

Tomorrow’s forecast is for HEAVY rain from lunchtime onwards. It promises to be grim.