Phil Deeker says: “Heading north-west from the coast, our passage around the Navacelles monuments opens the feast of dramatic scenery. From sea level, we climb up to ‘Mont Aigoual’ (1567m). This desolate place records wind speeds greater than on its’ Provencale Giant Brother (Ventoux), so we will be hoping for a good day! To attain this legendary peak, we follow ever-twisting back-roads that take us right into the heart of the Cevennes National Park. The roads never tire of twisting along ridges or up & over them. A couple of perfect-road descents will be loved by all! Hard to better this for a ‘show-opener’!”

It began at 7.30 this morning, with a few words from Allan and a minutes silence in memory of Lucy. With rain in the air and a chill, pre-dawn bite to the temperature, 17 riders rolled away from Montpellier. The faces amongst the 11 Team LMT riders told the story: everyone was nervous/very nervous. And well we might be, for this is a Cent Cols Challenge and the stage one stats were worrying: 215km and 4,500m. That’s a big day for any rider, let alone a group of people who largely haven’t done anything like this before! 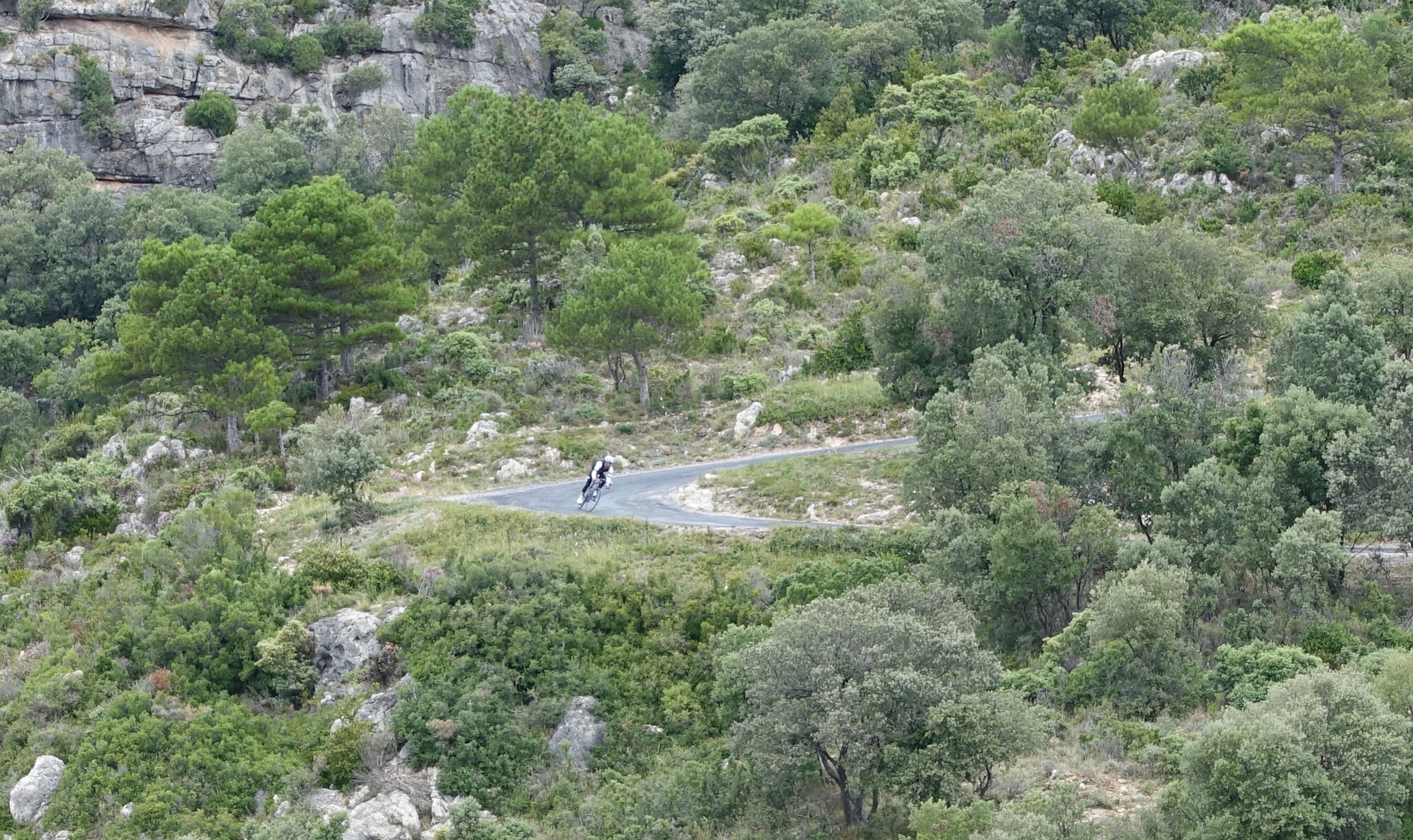 We rode as a group for the first 20km or so and then gradually splintered as the climbs began. A couple of cols led us to our first feed stop in a beautiful old village and then the real work began. We’d regrouped at the feed, but immediately splintered again. We’d heard that two weeks ago, the area had had two months of rainfall in 24 hours and the evidence was a missing road and more stones and debris than we’d ever seen before. Whilst our support vehicles detoured, we headed gingerly down. Phil Deeker, our leader, took it all in his stride of course, improvising with customary calmness! 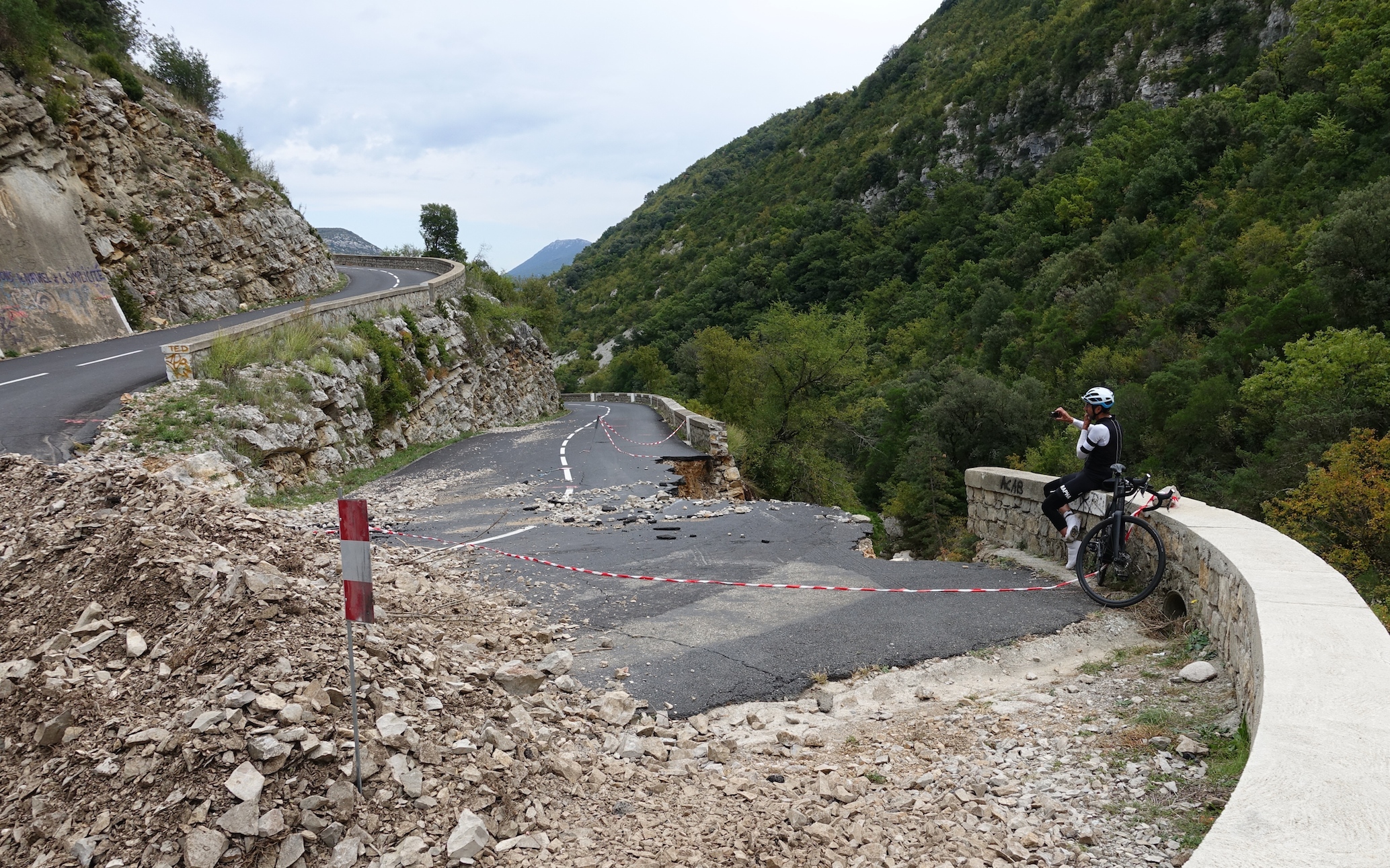 Houston, we have a problem. The road’s gone.

We regrouped again for lunch, with 120km and 2,000m in our legs. A bowl of pasta and even in some cases a quick beer (Thomas and Allan :-), couldn’t calm our nerves however: the Mont Aigoual lay ahead and it has a fearsome reputation, not least because the summit records the highest wind speeds in France. 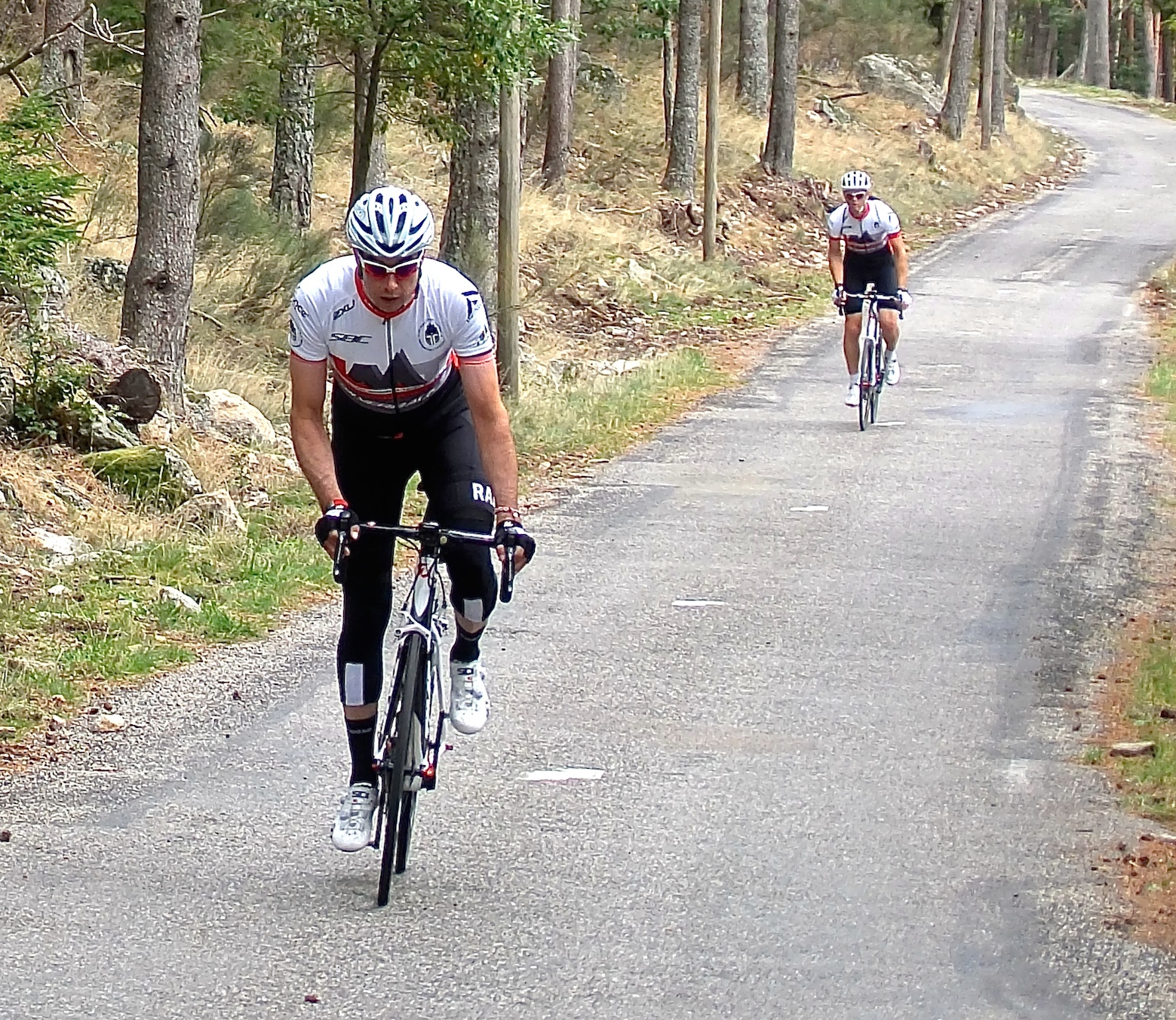 Phil Bond, followed by me, on the steepest section of Mont Aigoual. This was a tough afternoon for all.

The climb turned out to be LONG, STEEP and PROPERLY HARD and some 30km later, we were spread along the route by quite some margin! Phil closed the ‘full, longer route’, around 5.45pm and most people headed straight for our overnight stop in Florac. Loren, Kev and I had just made the cut and headed into some stunning scenery, but running on weak legs, were hampered further by temperatures that had sunk below ten degrees C. Eventually, some 13 hours after setting out and in pitch darkness (but with full lights), we rolled up to the door of our hotel. I was dead last and it was dark, so my Cent Cols seems to be working out just like normal! 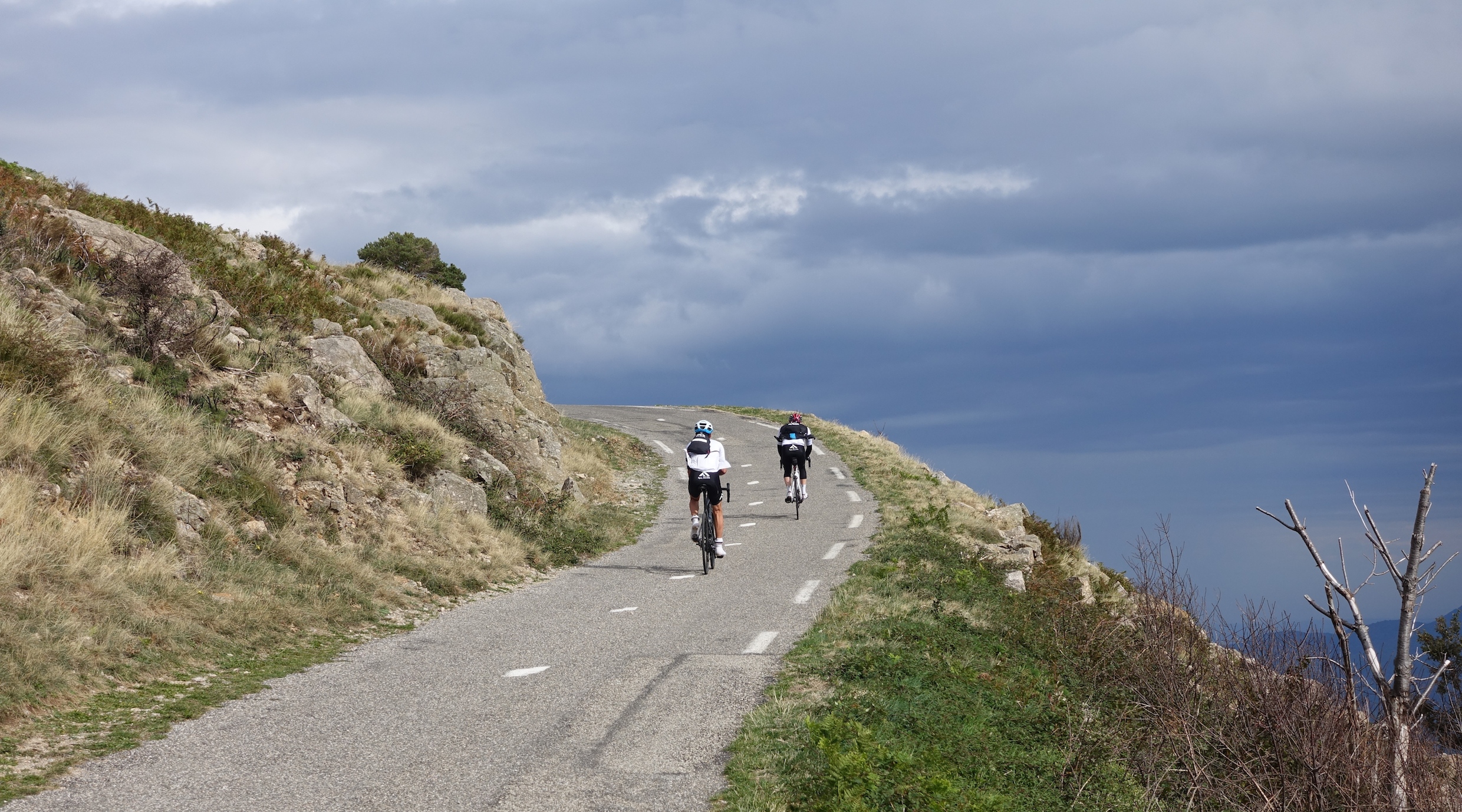 Phil was full of praise at dinner: it had been a really hard stage and whether on the shorter or longer version, everyone had dug deep and made it to the end. Sitting here, typing, I’m frankly shattered! Tomorrow promises similar, so I’m just going to think of Stage Three instead, when things relax a little and we should start to enjoy things a little more! 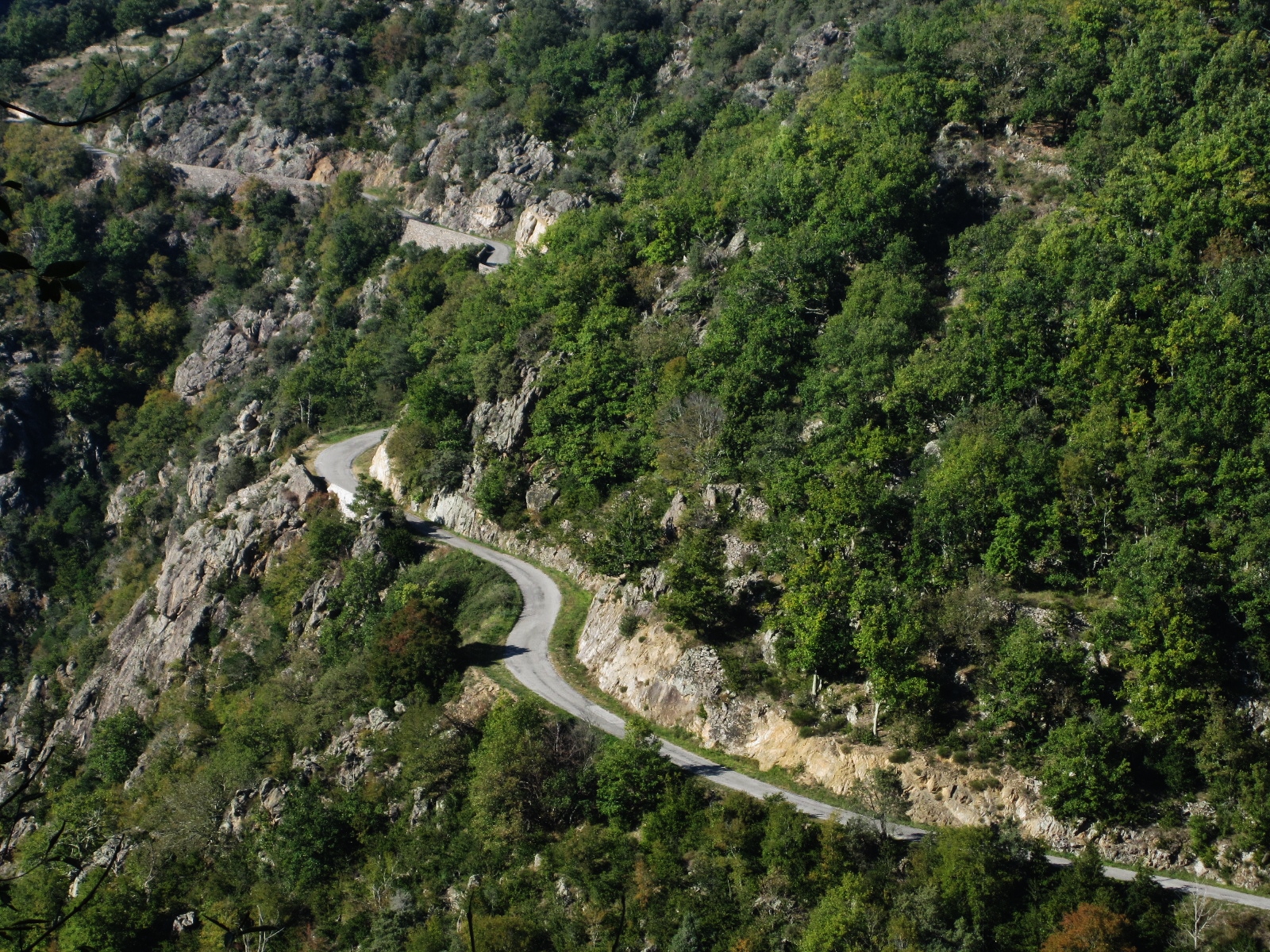