Phil Deeker says: “After a gently rolling start down towards the famous wine town of Tain l’Hermitage, we head up into the south eastern part of the ever-arduous Ardeche for a very rocky ride along (up & down, in fact) the Corniche de l’Eyrieux. Stunning views across both the Rhone valley and the Ardeche hills. Wooded, quiet, narrow roads bring us into the heart of the chestnut-rich Ardeche.”

At breakfast in the pre-dawn of morning in the town of Annonay, we caught flashes of yesterday’s floods on TV. Apparently, at least three people had died in the torrential rains and the ensuing flash floods! Not that we really needed confirmation that we’d endured something remarkable, but there it was, all over the screen.

Day six was hard – largely because it was day six! 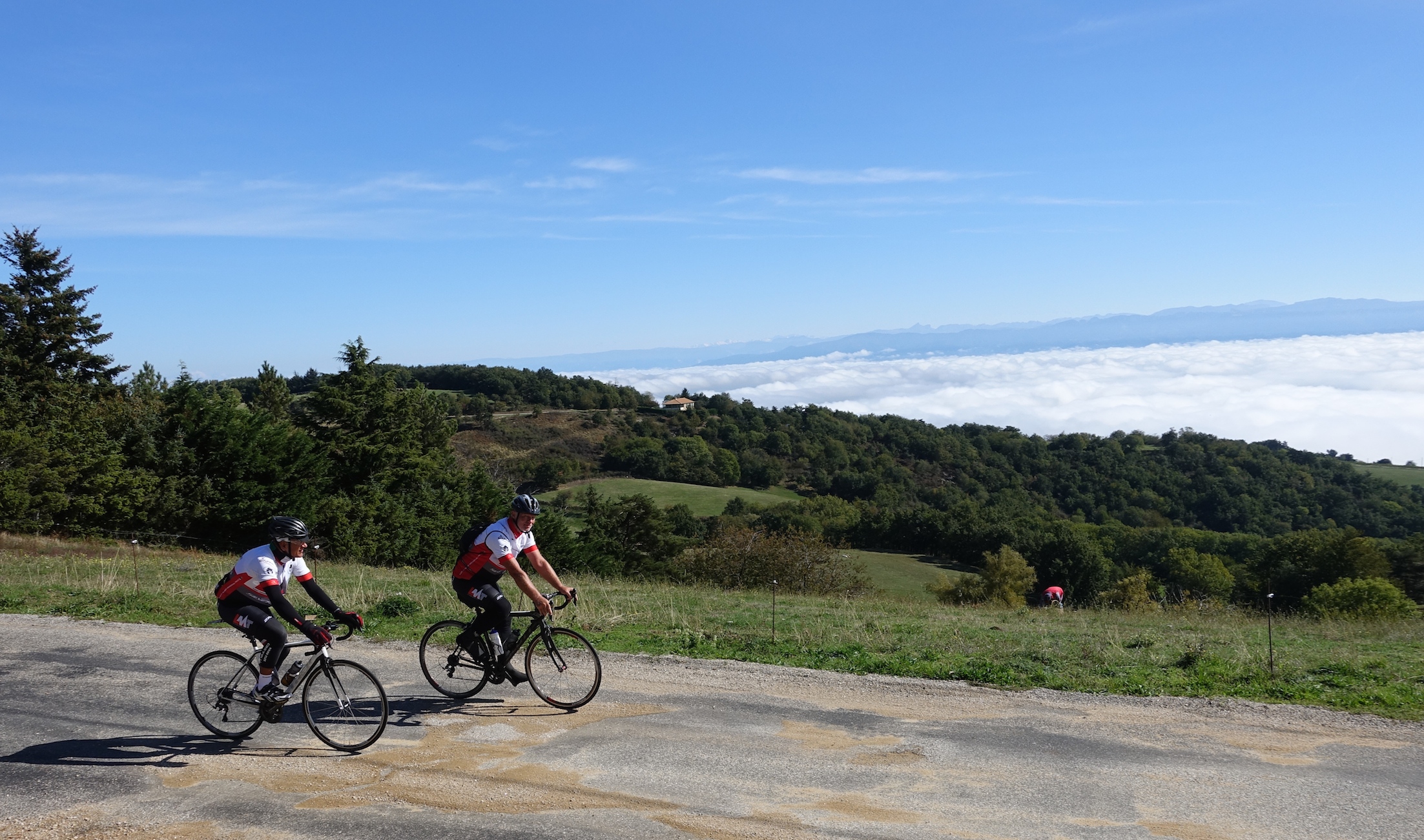 Allan Greenfield and Thomas Fabe, c.4 hours into the stage. Below them, the Rhone Valley has a cloud inversion!

Who would try to ride 200km, day after day, climbing almost half-way up Everest on each ride? But amazingly, every single rider turned up for breakfast at 6.30am, ready to ride. Allan’s knees were “on fire”, Thomas’s achilles was painful even to the touch, Phil’s (Bond) ankle was taped by our travelling physio, Louise, , as was Jimmy’s. In fact everyone was nursing some degree of soreness, niggles and general pain.

We must have ridden all of 500m before we hit the first 25% ramps of the climb out of the town centre and quite a few of us quietly cursed Phil Deeker for his route designing cruelty! In all, 7 of todays 13 cols would involve gradients well into double figures. Anything that hurt would only hurt more as the day wore on. 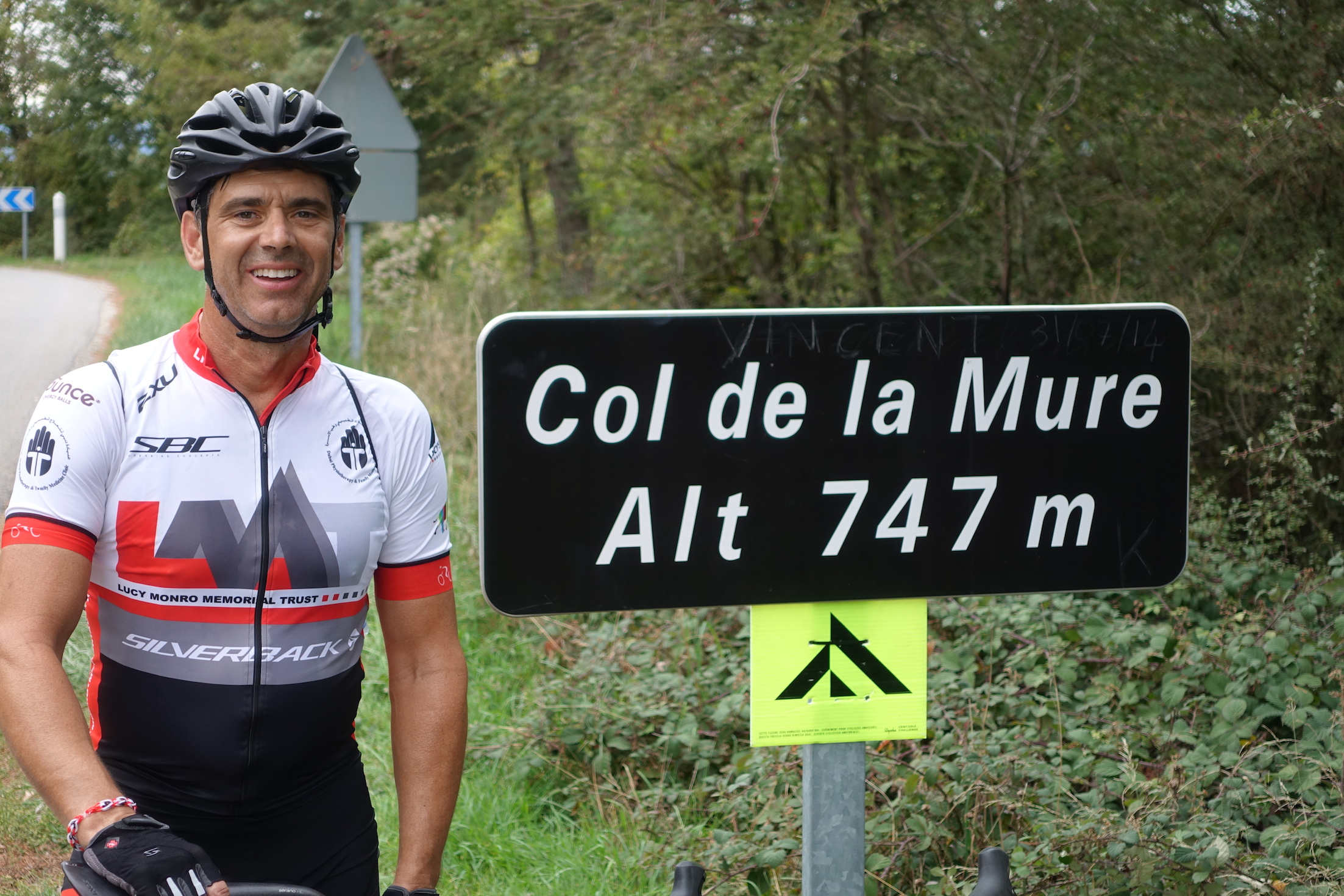 But, after a really cold start (4 degrees C – our coldest so far), the sun shone and the roads slowly dried out. So we rode our bikes. Everyone had now customary moments of doubt and everyone felt bad at times, but we kept (slowly) turning the pedals. Each and every one of us now knows that feeling good all day is a myth – we each simply have periods where the suffering seems less – for a while at least! 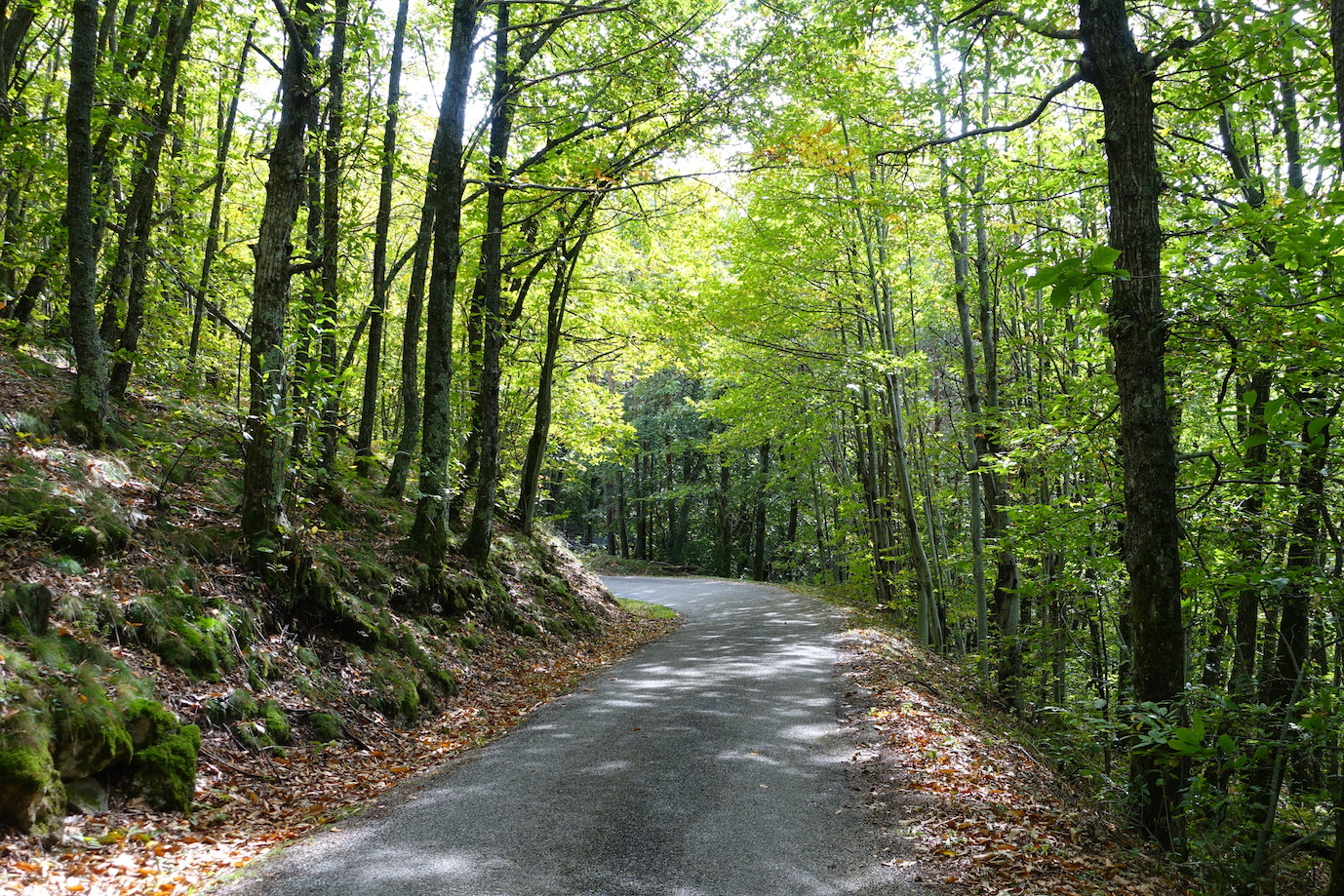 Tomorrow is our first and only rest day! It’s extremely welcome. I have a brief massage schedule for 8.30 am, then I need to do my laundry, followed by a bike clean and then eat the biggest and best lunch that I can find in the town of Privas! The day will pass in a blur of activity and before we know it, dinner time will have arrived and the most welcome day will be over. 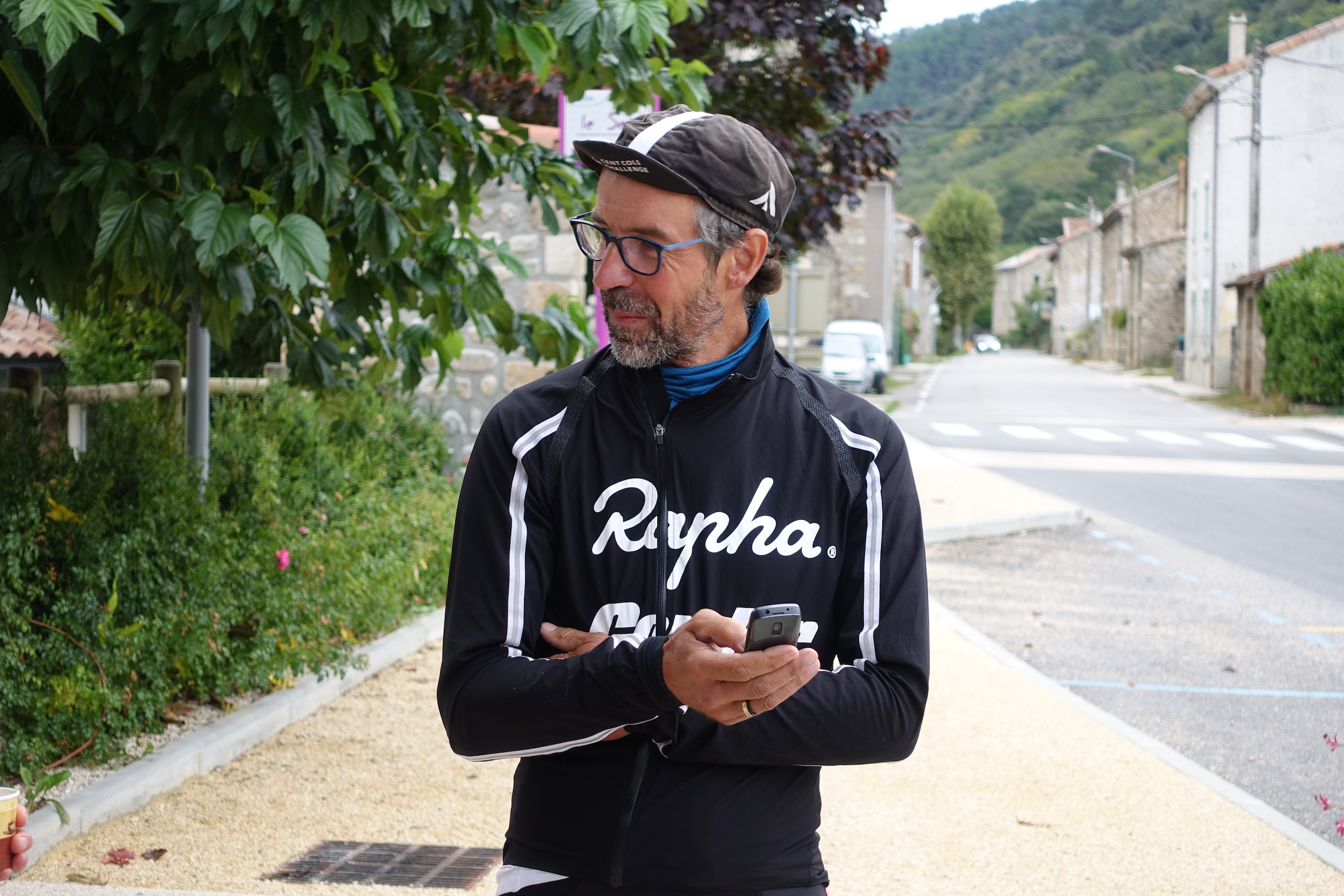 Lots of photos and a rest day report to follow tomorrow. SGL and Team LMT.